WELCOME IN THE ROCROI’S MUSHERS UNIVERSE

Formerly called “walkers” or “wood runners”, the sled drivers are nowadays called “mushers”. Why? Because previously, the word “walk” was used to give to the dogs the order to move forward. Later, “walk” was transformed in “mush” by English Canadians, and led to the terms “mushing” and “musher “.

In Rocroi Andorra, we have three permanent mushers: Julian, Albert and Brei. They work exclusively with dogs and are the ones who take care of them day by day. 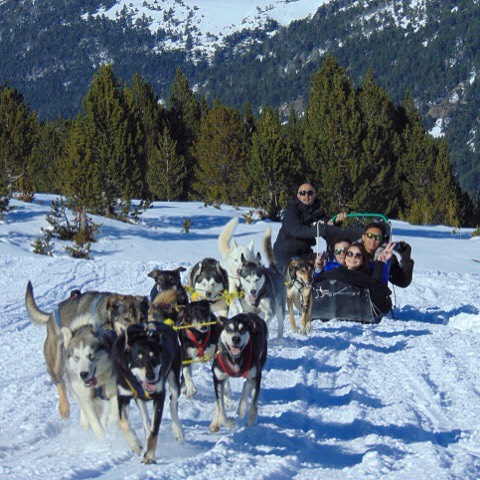 Here, Brei with a group of Singapour

We have fifty dogs over here, which belong to Albert. They are mainly Huskies and Alaskanos. Dogs are born and raised at his place. Each winter, they work in Andorra and each summer, they rest and take advantage of Albert’s swimming pool. When they are not able to work anymore, we find them a reliable host family, where they can quietly take advantage of their retirement. 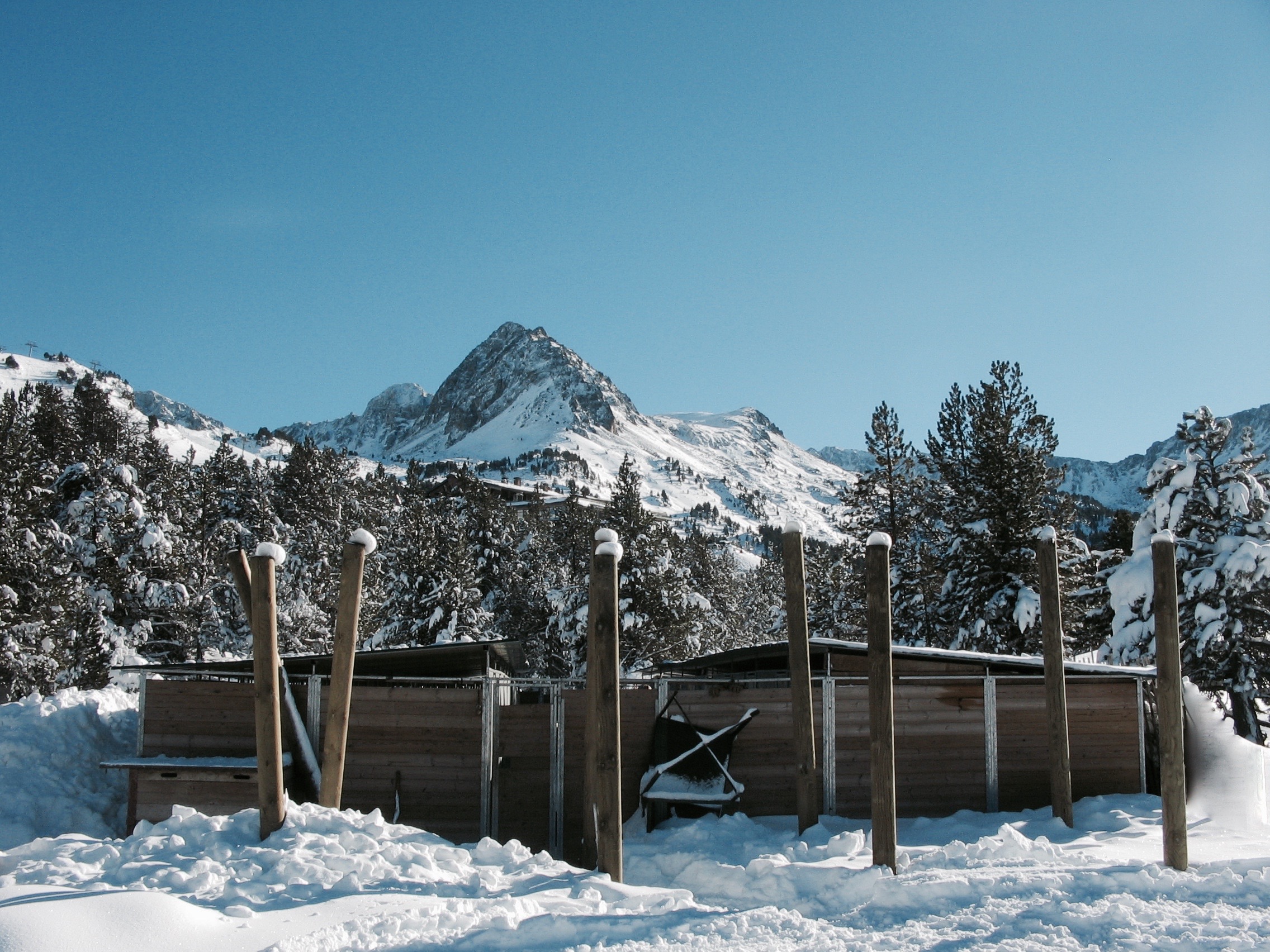 Equipped with harnesses, which are designed not to hurt them, dogs can cover incredible distances in a single day (more than 140 km). On our hilly routes, they go at a speed of 10 to 16 kilometers per hour. 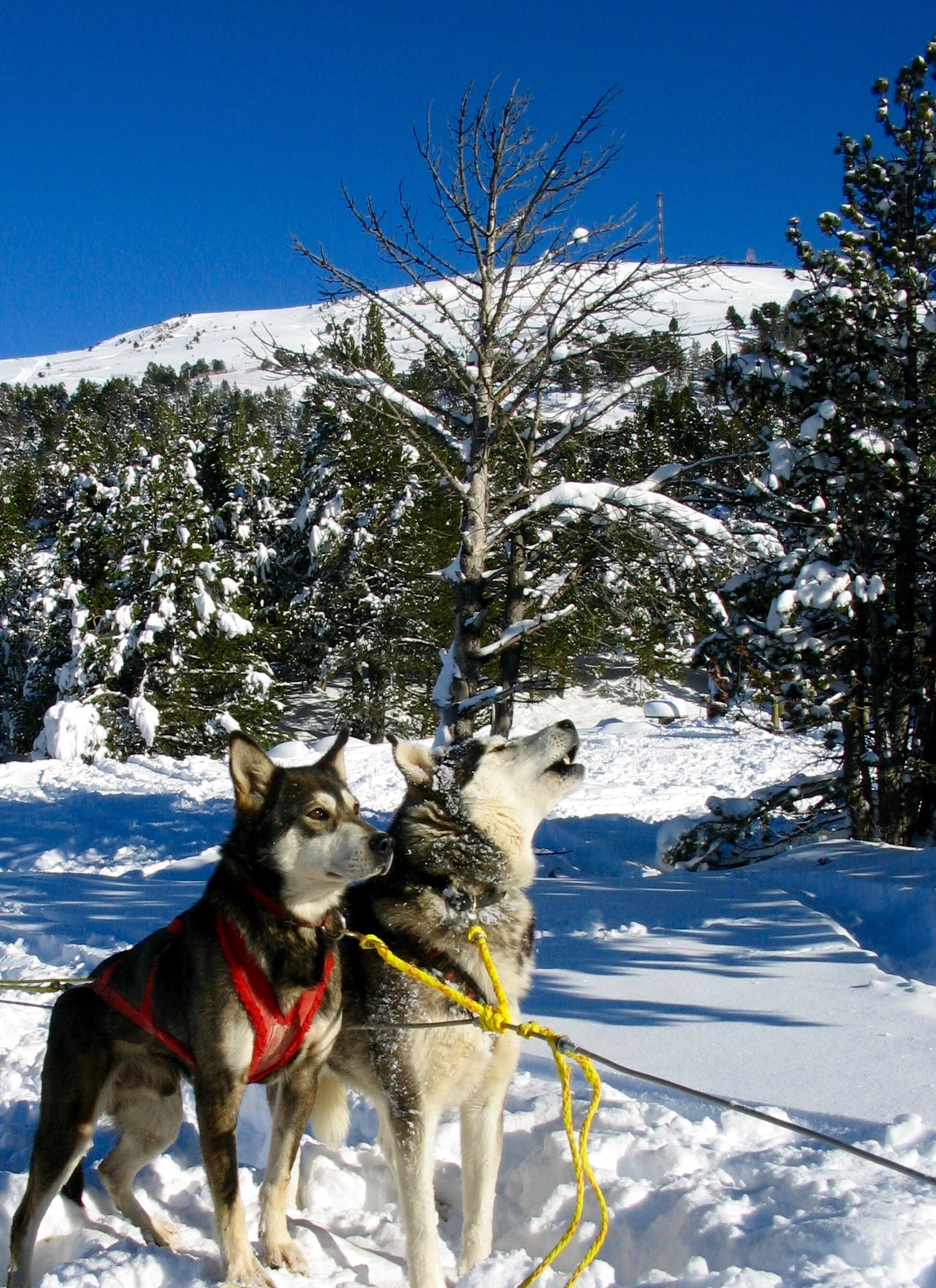 Cesar on the left et Kiko on the right

Eleven dogs are pulling the sled, each one having a particular place according to physical abilities and character. The leader is the one who guides the sled, finds the right way and gives the speed. The musher gives orders and directions only to this one, he is the most docile. Swing dogs help the leader to give the speed and turn the sled in bends. Team dogs are the “horsepower”, they are often the most excited. Finally, wheel dogs are the strongest ones but also the most quiet, the noise and the oscillation of the sled do not disturb them. 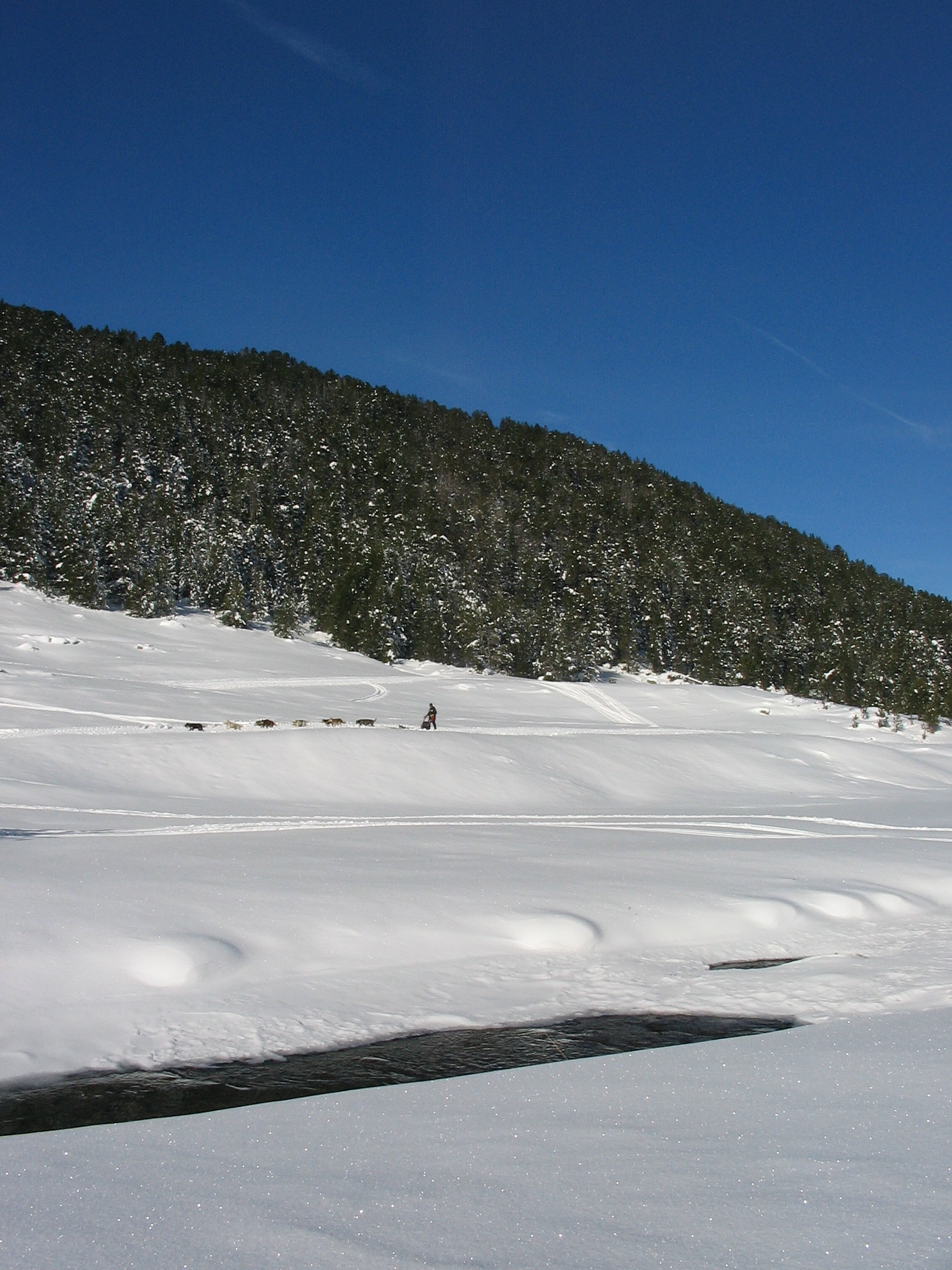 To drive, the musher accompanies the sled by bending on each side to equilibrate weight. There are two brakes, one very powerful, used for ice or harsh snow and the less powerful one for soft snow. There’s also a handbrake, which crashes in the snow when the sled is stationary. It avoids that dogs leave with the sled. 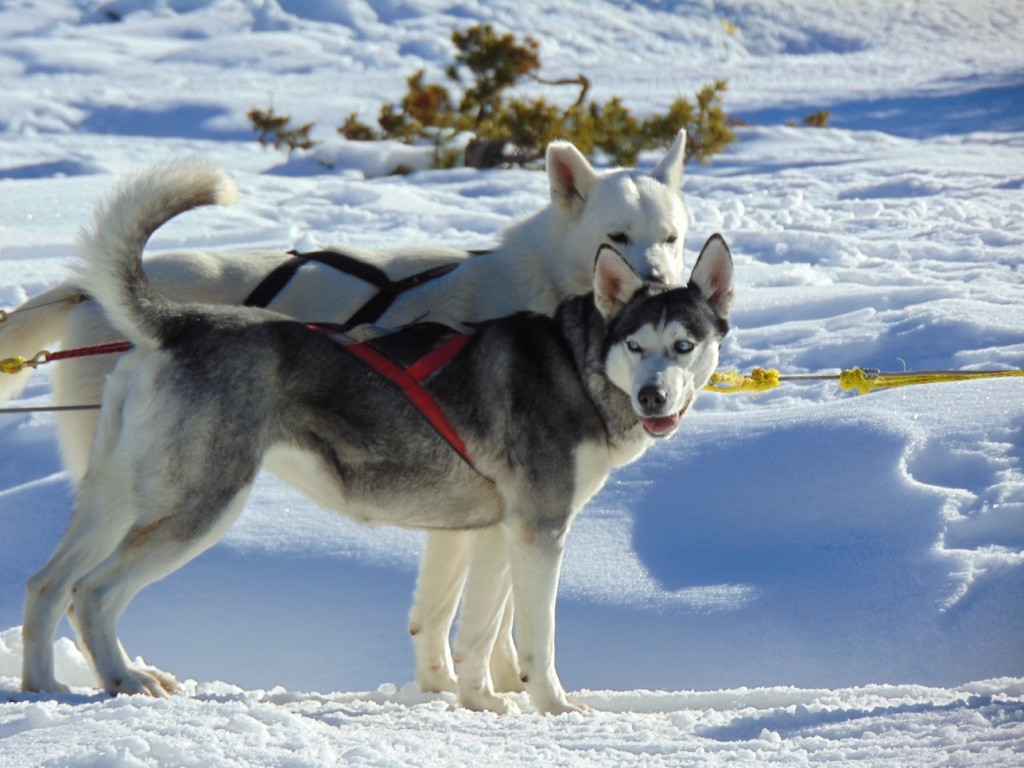 Akira in front and Dogo on background

Our sleds are mainly made by aluminium. At the bottom, we install a very thick mattress, which allows to settle down comfortably. And for the biting cold days or the nocturnal outings, we propose very hot blankets! 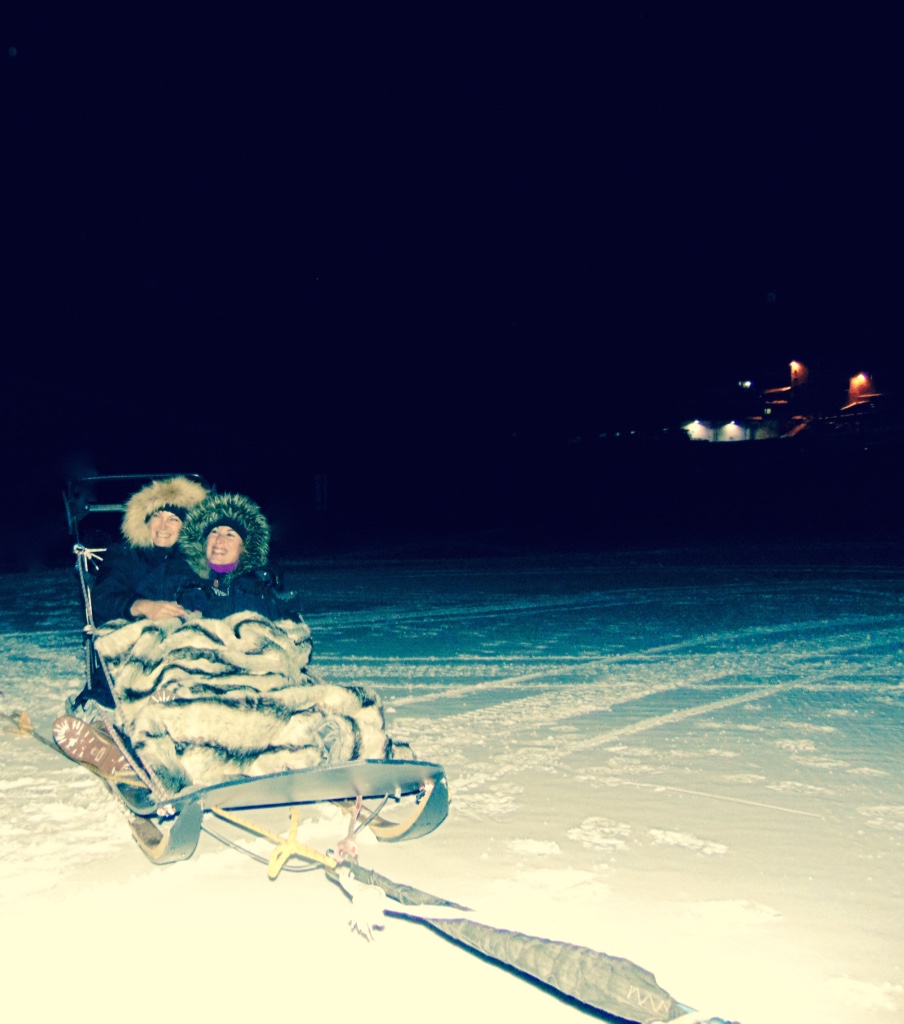 Nocturnal outgoing with diner in a mountain restaurant

You wanna enjoy the landscape? Settle down comfortably!

Everything is possible in Rocroi!